The War On Cash

There is a growing war on cash with ever increasing reports in the MSM (mainstream media) that there is growing support amongst TPTB (the powers that be) that cash should be banned in the foreseeable future.

In a world of low, zero, and even negative interest rates, there is little incentive for the traditional saver to accumulate deposits within the banking system, and there is an increasing tendency for people to actually hoard cash at home.

Consumer spending in many developed countries can make up circa 70% of GDP, and with sluggish, low and even negative economic growth in some developed countries, TPTB are looking for ways to encourage people to spend their money rather than save. This is where the war on cash comes in.

Larry Summers, an American economist, who is a former US Secretary of the Treasury, made a speech at an IMF research conference in which he strongly advocated that cash should be banned and everyone should be forced to only use electronic currencies.

Summer’s logic is classic Keynesian economic theory, in that if cash was banned, everyone would be forced to have a bank account; which would enable the banks to charge negative interest across the board, in the expectation that people would rather spend their money (thus stimulate the economy) than see it being eaten by negative interest.

However, it's the logic behind Keynesian economic theory that has put the world into an unsustainable & unserviceable debt and weakened the global banking & financial system.

The First Steps in the War On Cash

Recent developments would seem to indicate that the West is already waging war on cash as outlined below:

Summer’s stance is supported by other well know Keynesian economists in both the USA and Europe. Not surprisingly these economists in their war against cash have the full support of the banks and credit card companies. 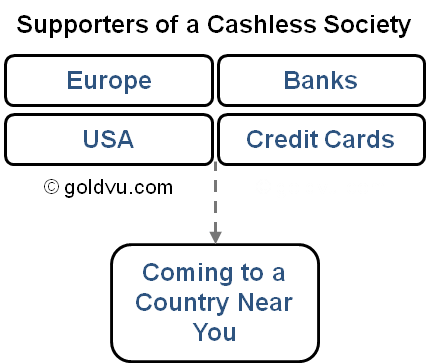 Nothing About It Is to Your Benefit

As far as TPTB are concerned, there would be other substantial benefits that would accrue from the banning of cash, including: 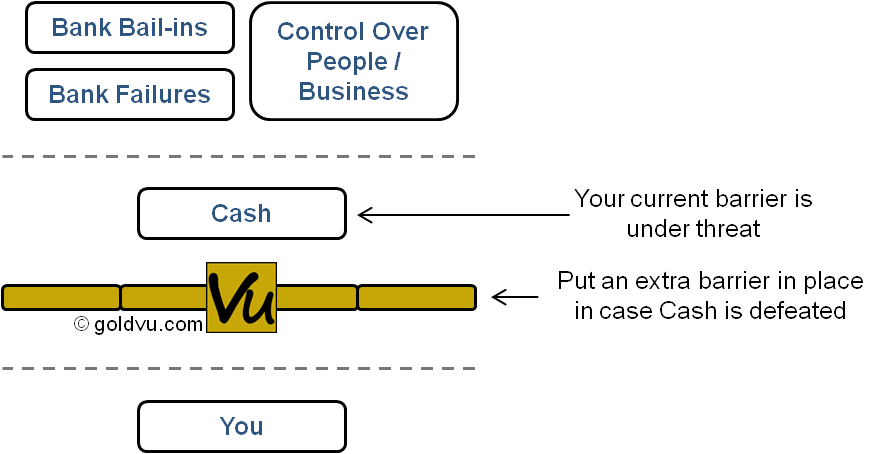 Who's to be Blamed for Getting Rid of Cash?

You can be certain that TPTB won't point the finger at the banks or themselves. When the war on cash is mentioned publically, the reasons are that they want to:

Those illegal values are so small that it's nothing more than a rounding error for the banks in how it will strengthen their balance sheets and the total value that a cashless society would bring to them. It's a classic case of misdirection to minimise push-back from the public.

In summary, a cashless society is just an extension of Keynesian monetary policy, which to date has proven to be spectacularly unsuccessful, as evidenced by the deterioration of the western financial and economic system. The war on cash is also an extension of the increasingly Orwellian control and powers being acquired by TPTB, at the ongoing expense of personal liberties and freedoms of the 99.9%.

This war against cash is yet another argument in favour of people purchasing and accumulating physical gold and silver bullion, and storing it outside the banking system.