Source your 1oz Austrian Vienna Philharmonic gold coins directly from Australia's institutional bullion markets. These markets sell these bullion coins at wholesale rates and quantities. They are only available to be purchased using Australian Dollars.

With these market you will get the among the lowest premiums available in the world's precious metals markets. This means that you pay less then you normally would through normal retail sources, even if you buy the coins individually.

You also get the ability to have your bullion privately vaulted by the global Allocated Bullion Exchange, or have it delivered to your doorstep. 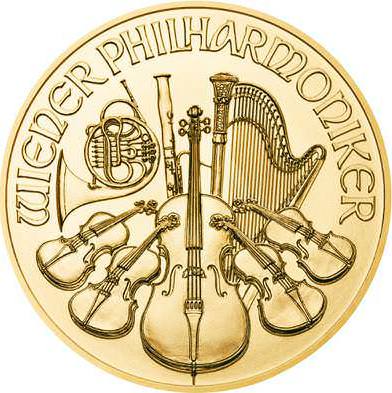 The obverse of the coin features a collections of the following orchestral musical instruments; (foreground) 2 violins on either side of a cello and (background from left to right) a Viennese horn, a bassoon and a harp. It carries the inscription: 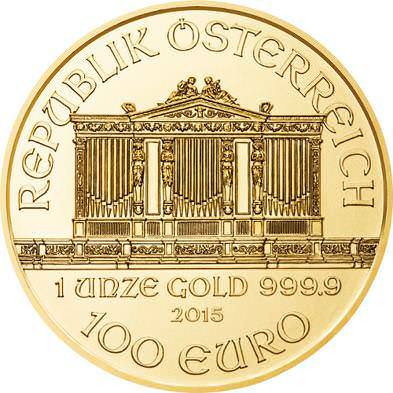 The reverse of the Austrian philharmonic gold coin features the 'Great Organ' located in Vienna's Golden Hall, which is the concert hall where the Vienna Philharmonic Orchestra performs. It carries the inscriptions:

The Austrian Philharmonic gold coin has a fineness of 9999 (99.99% or 24-karat) and it's been produced by the Austrian Mint since 1989. These coins are made in a variety of sizes including:

On our wholesale markets they are only available in the 1 troy ounce size.

The gold Vienna Philharmonic coins are Europe's best selling .9999 gold coins due to its large scale production and legal tender status in accordance to the Austrian Currency Act 1998 (not that you'd want to use it as legal tender as it has a face value of only €100).

It's also amongst the best selling gold coin series in the world, making it one of the most liquid of gold bullion coins in the global precious metals marketplace.

The Philharmonic gold coins have the distinction of being minted and circulated with two different currencies denominations and values. The coin had a value and denomination of 2000 Austrian Shillings from 1989 through to 2001, and from 2002 onwards it has been denominated in Euros. Both denominations have the same fineness.

The dimensions and size of 1 ounce Austrian Vienna Philharmonic gold coins are: 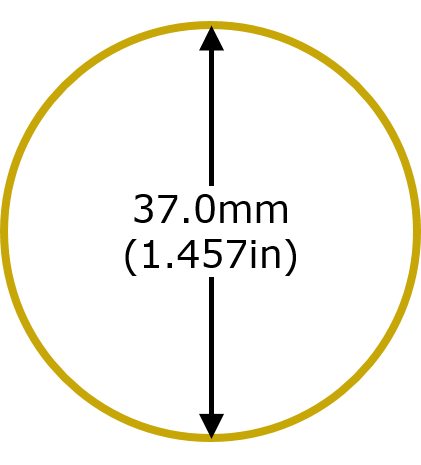 To see the full range of gold bullion and other precious metal products that you can source directly from the exchange, visit our main products page.

If you are uncertain about any of the terminology used then see our explanations.

To ensure that our bullion we provide you is not tampered with in any way and to guarantee its authenticity, it's always been kept within a recognised chain of integrity and secure environment since it was refined.

We only use the leading precious metals vault providers and logistics companies to help maintain safe keeping of the gold bullion.

However, please take care when buying your precious metals from 3rd party dealers and always have your purchases independently assessed as the bullion you have bought will most likely sit outside of a an industry recognised chain of integrity.

If you wish to start buying 1 ounce Vienna Philharmonic gold coins from us begin by creating an account with us which is easy to do. You aren't required to have a minimum balance or perform a minimum number of trades and your account will remain open indefinitely without any maintenance fees being charged.

If you have any questions about this product or our accounts then please do contact us.