Source your 1 ounce Silver Eagle American coins in wholesale quantities and prices from Australia's institutional bullion markets. The strength of the USD in comparison to the historical AUD rate makes this a great Forex investment trade.

Because these Australian markets are both wholesale institutional in nature, the silver eagles are sold in minimum quantities of packs of 20 coins. They also don’t have any retail price mark-up, so you can enjoy purchasing them with the lowest premiums and price spreads available in the world.

The obverse of the coin depicts the design of 'Walking Liberty' by Adolph Weinman. It carries the inscriptions: 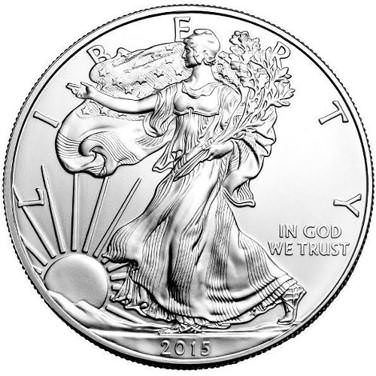 The coin's reverse has an eagle behind a shield. The eagle is grasping an olive branch in its right talon and 6 arrows in its left talon, whilst holding a ribbon banner in its beak. The coin carries the inscriptions: 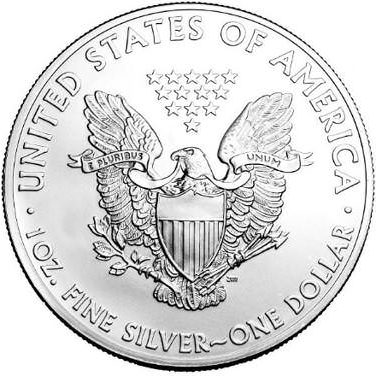 The Silver Eagles were first minted for circulation in 1986 by the United States Mint at its San Francisco mint. The 1 troy ounce coins are minted to a minimum fineness of 999 and are legal tender in USA with a face value of US$1.

At first the source of silver used for the production of the coins was from the US Defense National Stockpile of silver, and in 2002 a bill was passed by the US Senate that authorised the silver to be sourced from the open market once the stockpile was depleted. 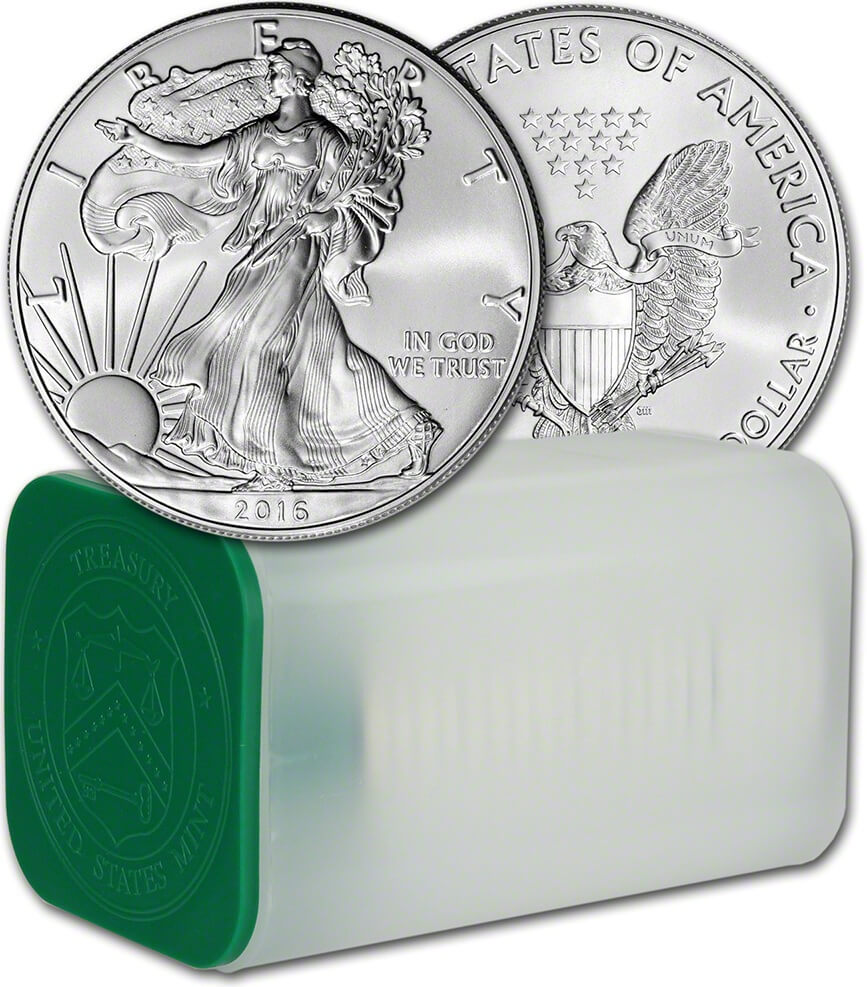 You can only trade (buy, sell, store or withdraw) Silver Eagle American coins in a minimum wholesale quantity of 1 roll / pack of 20 coins. This minimum stems from the way that the Allocated Bullion Exchange operates as it's geared towards institutional use.

Because we allow you to directly access this global exchange, you are able to benefit from the low premiums and price spreads that exist on an institutional level of dealing that you can't get via retail establishments.

The 20 coins are still in their original plastic tubes as packaged by the US Mint. Each Monster Box of 500 coins contains 25 of these rolls. The year of mintage can't be guaranteed due the wholesale turnover of the exchange and we're not able to tender to any requests for specific years either.

Every single bullion item that exists on the ABX has a complete set of accompanying documents that details the bullions' full history of movement and location. The movement can be traced all the way back to the refiner or mint of origin.

No bullion is accepted into the exchange for trading unless its chain of integrity can be proved to have always been within a secure environment where it couldn't have been tampered with.

The size and dimensions of the 1 ounce American Silver Eagles are: 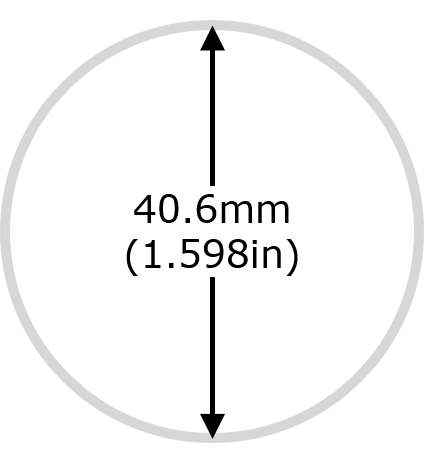 To see our entire range of gold bullion, silver and platinum bars available on the exchange, go to our primary products page.

Each pack of 20 x 1oz Silver Eagles is traded & supplied according to the contract specifications shown in the table below. Our bullion catalogue also contains all of the contract tables for each of our precious metals products.

We have provided explanations on the various terminology encountered within the contract specs for anyone wishing to understand their meanings.

If you have any queries about our packs of 20 Silver Eagle American 1 ounce coins, then please do contact us.

To start buying any of our physical bullion to have them privately vaulted with us or delivered to you, then you will need to first create an account with us which only takes 2 steps to do.