Everyone knows that gold is quite often found in nuggets, but does native silver exist at all as they are much less talked and known about?

There are several legendary famous regions where gold nuggets can be found in large numbers and in many countries, gold and silver prospecting using a metal detector is a legal and rewarding thing to do.

Native silver is a precious metal that is of crucial importance for the industry. More often, they use natural alloys obtained from sulphide silver ores. Their main feature is high light sensitiveness and excellent electrical conductivity.

Due to its unique qualities, native silver has a wide range of applications in the industry, such as precision instruments industry, electrical engineering, jewellery, electronic engineering and many more.

Native silver that looks really nice and has extraordinary endurance is irreplaceable in alloys and solders manufacturing process, minting and making medals, everyday objects, and souvenirs.

What is Native Silver?

It is known that the main source of silver is multi-metal ores of nonferrous metals. Argentum is obtained from these ores simultaneously with nickel, uranium, gold, copper, as well as lead (symbol Pb from the Latin word plumbum) and zinc.

Then silver minerals are exposed to amalgamation and cyanide carburizing, and thus we receive a pure precious metal after that. However, Argentum, like most of the ferrous and nonferrous metals, is encountered in its native form from time to time, i.e., as a natural alloy of silver with bismuth, platinum, gold, mercury, iron, etc.

Native silver isn’t a rare mineral in areas with land deposits of silver. Here the metal is found as small-sized flakes. Sometimes silver particles are so small that they neither can be detected using an ordinary metal detector, no seen with the naked eye.

Metal detectors with high operating frequencies are used to search for tiny silver samples. Such metal detectors are successfully used for both silver and gold prospecting, but they have limited applicability at standard search conditions.

These metal detectors are too sensitive, and thus they are applicable only in areas where there are no other metals except silver or gold nuggets.

Isn't it the Same as Silver Ore? 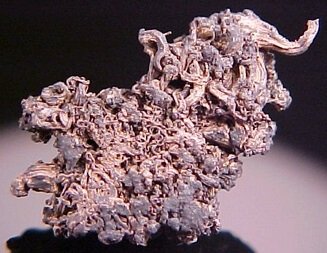 Argentum content in native silver is not less than 97-99%. As you may know, both gold and native silver are formed mainly in hydro-thermal lode deposits. Constant interest to native ores is accounted for their extreme rareness and high value, for sure.

The annual amount of the world commercial production of native silver is about 20,000 tons. Nearly half of this amount accounts for Chile, Mexico, China, and Peru.

The largest deposits for silver mining are also in the territory of Germany, Norway, Slovakia, Canada.

In nature, silver is encountered as large plates, silver dendrites, it can form small non-geometrical granules, filamentous and wiry formations. Large silver nuggets that weigh hundreds of kilos are very rare to find.

Native Silver Nuggets at Smuggler Mine 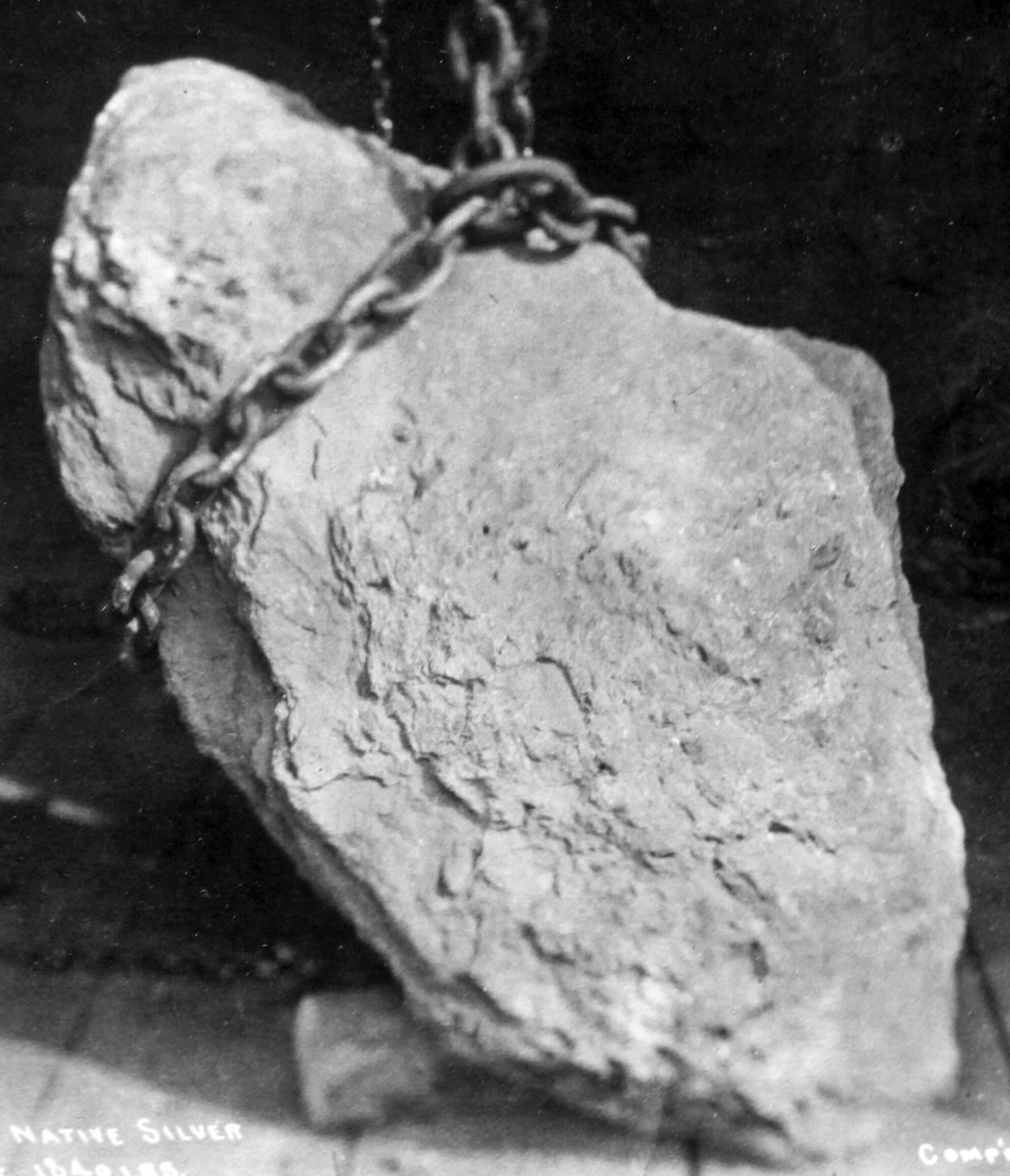 For example, in Smuggler Mine,  the oldest silver deposit in the USA, a silver nugget was found weighing 2,340 pounds (1060 kg). As it was too big to be brought to the surface in one piece, it was broken into 3, with the largest piece weighing 1840 pounds (830 kg), pictured right.

All of it was melted down except for a 12.5 pound section of it, which is currently displayed at Denver Museum.

As you can see from the image, quite often silver nuggets are covered with sulphide encrustation, due to which the mineral has a rather poor appearance.

Whilst the surface of a silver nugget is quite often black tinged with blue, its cross-section will always be silver-white