The Largest Gold Nuggets that have Not been Melted Down

Let me share with you a great overview of the five largest gold nuggets that avoided being sent to the furnace and turned into jewellery, bars or coins. All five are currently on public display in various countries around the world.

Humans have been continuously looking for quick ways to get rich and one of the historically favourite ways of doing that is by prospecting for gold, and the following article shows what we've dug up and preserved so far. 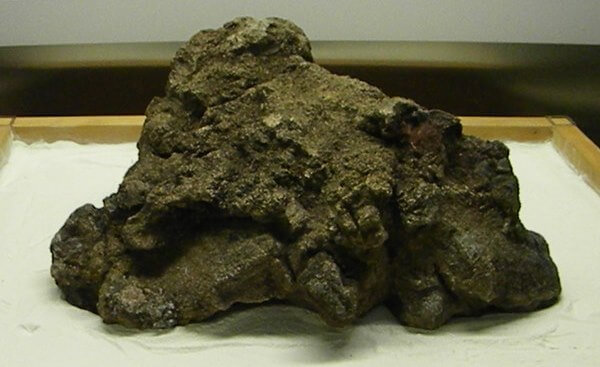 This is THE largest gold nugget that exists today. Its gold content weighs a whopping 52.32 kilos (1,682 troy ounces).

Now, I know when you look at its picture you're likely thinking that it's not very shiny or gold looking…and you're not wrong.

The reason for that lack of bling is because this monster gold nugget weighs 60.82 kilos but its gold content only weighs 52.32 kgs, therefore around 14% of it is just plain old rock, hence its dull look.

Even though this massive nugget is nearly 61 kg…it could have been even larger! But unfortunately during the excitement of its excavation, the Pepita Canaa broke into multiple pieces.

That mega lump of gold was discovered in Brazil by Julio de Deus Filho in 1983, and the Brazilian Central Bank didn't waste their time getting their hands on it. Within a year of its discovery they bought the whole thing.

It is currently displayed in the Museu de Valores do Banco Central. 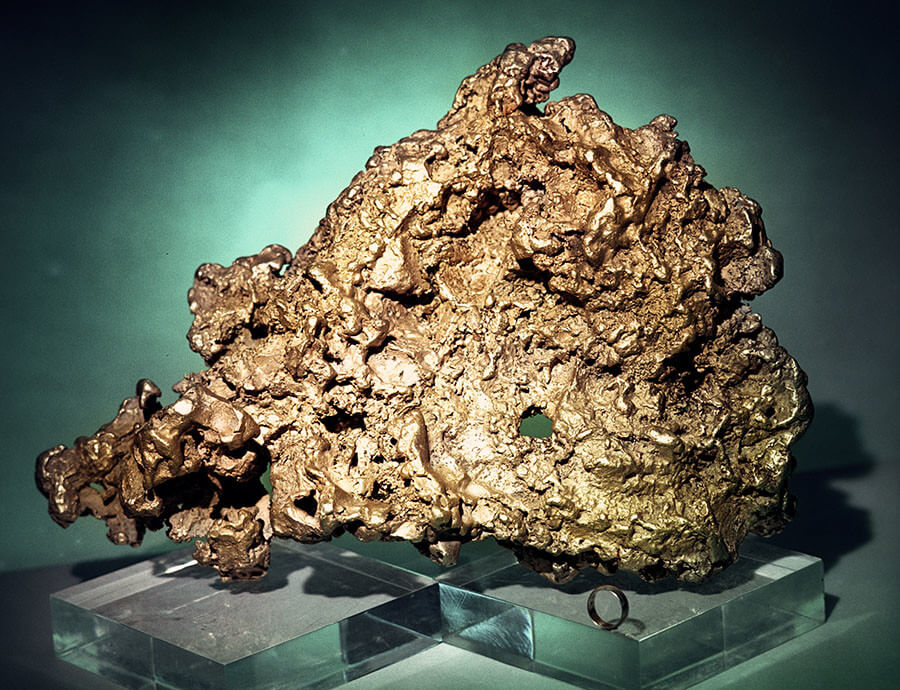 The Great Triangle is, well…triangular-shaped, and it was discovered in the Miass area in the Russian Urals Mountains.

It's the second largest gold nugget to currently exist and weighs 36.2 kilos in total. However, its gold content (only) weighs in at 32.94 kilos (1,059 troy ounces).

If you want to admire this nugget, you can find it in Moscow where it's displayed in Kremlin's Diamond Fund collection. 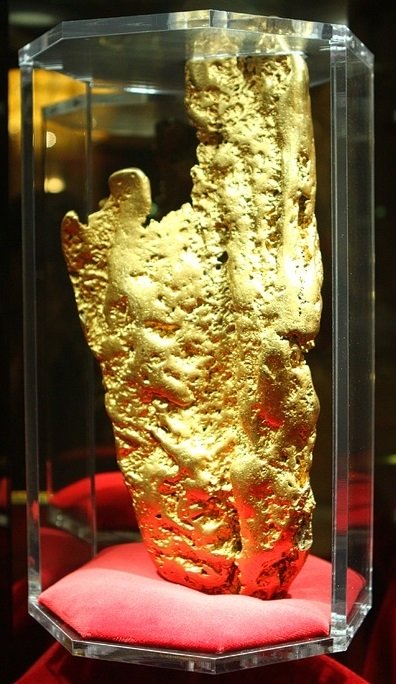 This is the third largest surviving nugget in the world, but it is the largest to be discovered only using a metal detector!

Kevin Hillier found this nugget on 26 September 1980 in Victoria, Australia.

Kevin found it buried in a vertical position only a few inches deep. So if you ever needed an excuse to get your first detector, then this is it!

The area where Kevin found the Hand of Faith is known as the Potato Digging because it is famous for its large nuggets.

The largest nugget discovered from this area was sent to London for melting shortly after its discovery, leaving this one to carry the crown.

It was sold to Golden Nugget Casino based in Las Vegas for over one million dollars, where it is still displayed today in the casino's lobby on East Fremont Street. 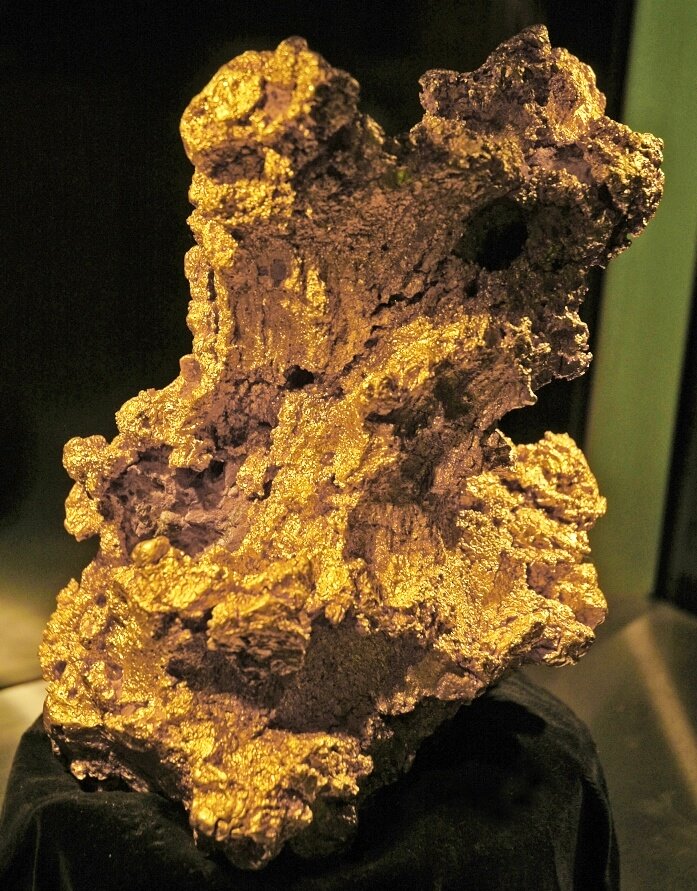 Number four on the list is the Normandy Nugget, which was discovered in 1995 not far from the location where Hand of Faith was found.

To me, it sounds like if you're stuck on a place to try your hand at metal detecting, then this is a pretty good place to start.

Weighing 25.5 kg (820 troy ounces), the Normandy Nugget is worth well over one million USD, based on the melt price.

However, oddly enough, it is valued to be worth much more by being kept in its existing un-melted state.

It was purchased by Newmont Mining Corporation and has spent a lot of time travelling the world to be displayed in a whole host of exhibitions.

It is currently displayed at the Perth Mint in Australia. 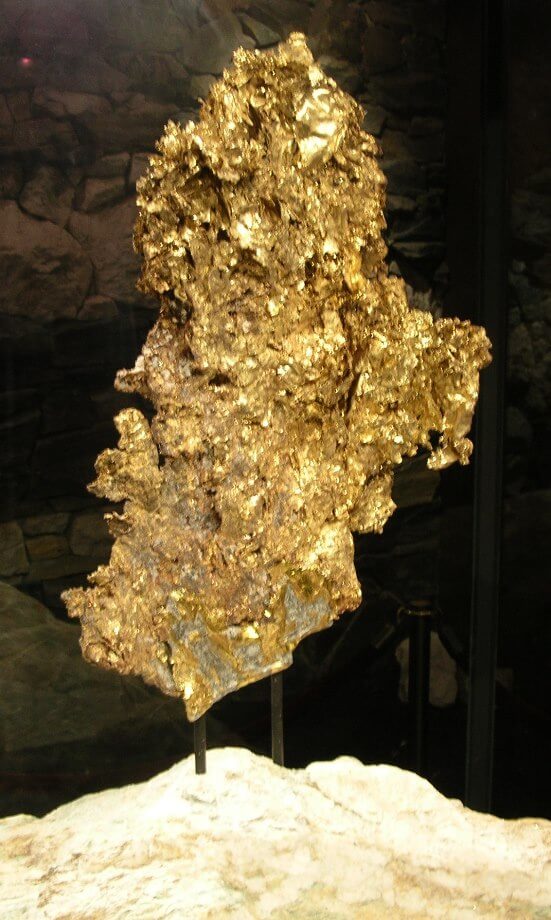 The Crown Jewel (not to be confused with the Crown Jewels of England) was discovered in 1992 by Sonora Mining Corporation Mine in Jamestown, California.

Initially, the workers thought it was a piece of junk metal and were all no doubt offering to take it home for recycling. You know, just protecting the environment and all that.

However, when they examined it further, they found out that it was actually large single piece of crystalline gold. Nevertheless, I'd still have offered to take it home for recycling.

It originally weighed 29.94 kilos, but after using hydrofluoric acid to remove things like the quartz stuck in it, the gold became clearly visible.

The Crown Jewel was purchased by Ironstone Vineyards located in Murphy, California where it is still on displayed for the public.

Alex Lemaire is passionate about treasure hunting. He is always scanning the ground with his metal detector looking for the goodies. You can follow him here on his blog.