New lockdowns are coming with resurgence of infections in the US, Europe and UK; the race for President in a polarised America is getting murkier with every passing day; the Russian President is, a wonder of wonders, planning succession; China is posting positive economic growth while the world economy decelerates; Turkey losing its economic plot and getting to the verge of alienation by its trade partners.  The litany bad news continues. All of this and more signs of distress in global political and economic system amidst shifting economic power seems to be the new normal at least for the next few months.

The polarisation in America has a greater potential impact on the global economy than commonly understood, as it hamstrings policy flexibility for the incoming President. The only way to reduce domestic political instability in the US is to put more money in the hands of public. And to not let it stop until the nation starts seeing the impact on labour productivity. In short these are factors driving the secular trend of dollar, which is down. The pandemic made it more evident not just in the US but also in Europe.

The fiscal measures globally as of September 2020 following the pandemic has amounted to $12 trillion globally according to IMF's Fiscal Monitor report. Central banks globally in the same period expanded their balance sheet by $7.5 trillion. The governments are making the best of monetary and fiscal policy tools. Intriguingly the fiscal policy measures are not getting the impact that they should, at least partly because consumption at the middle and lower ends is not picking up to required levels in the face of uncertainty.

In nations like India, the policy makers have been careful about unleashing large fiscal policy measures.  For many, the measure were reviled as too little, especially compared to the tsunamis unleashed in the developed countries. Some results are visible in India with revival in industrial production numbers and consumer demand during the festival season. The question, however, is what is going to happen to production and consumption as a new wave of soaring infections become evident – already very visible in Europe and America and likely to come in India in the aftermath of the festive rush to buy in markets where people were in close physical proximity in really high numbers. The concomitant increase in uncertainty will exert an upward pressure on the price of gold.

Central banks globally including India are not looking at a positive GDP in the near term future.  However, the signs from equity markets are more a reflection of the increase in liquidity and a further decoupling of stock price levels from its earlier linkages with certain financial rations. It will be interesting to see what the new equilibrium of indices and, therefore, stock price levels will be in the face of this wall of liquidity. The winner in such rallies are traders / investors who jump off the train with cash. On the other side of the trade, professional fund managers and central banks aware of the impact of reflationary measures are looking to hedge their portfolios and reserves with gold – another driver for relatively firm prices for gold. 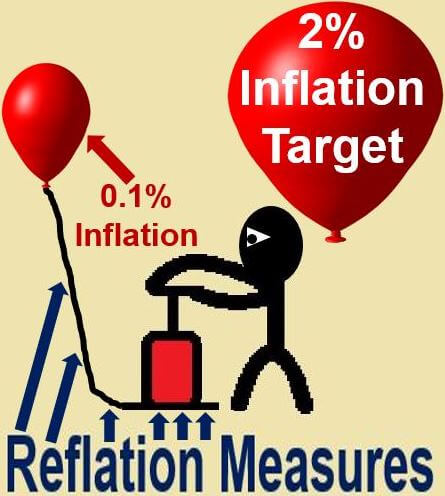 Gold prices have been range bound after touching record high of $2,067.15 (LBMA PM Price) in August and declining by 10%. The US Fed expects any policy reversal only on inflation achieving 2% and unemployment going back to pre-pandemic levels. That brings the question, isn't 2% a target that is possibly too close with so much of M2 out there. And for employment to revive and sustain at pre-pandemic levels it would require a bigger fiscal response.

Conventional monetary policy tools have got the market cycles shorter due to sharp asset price inflation and irrationality. For the first time in aeons, companies are paying banks to keep money in banks in Europe and America; this, of course, means a search for higher returns in bonds, commodities and emerging markets with attendant greater volatility.  Gold may thus continue to be a significant part of the asset allocation. Revival of retail demand for gold in India and China will also exert an upward pressure on gold prices.

As many market observers have noted, it is not clear if we can get off the uncertainty and liquidity train anytime soon. And how long this ride will last. While this ride may just be steerable with unconventional measures by the US Federal Reserve or Treasury or a coordinated move by Central banks, it is not clear what such a move would be in an environment of constrained policy flexibility in the US and a lack of coordination in the rest of the world. Perhaps, Mr. Biden who is known to be able to work across the aisle will be able to achieve a reset. If he does, it will be nothing short of what Franklin Delano Roosevelt achieved in the 1930s in the US and the world.

It is also possible for the policy makers in India to make some bold moves - these are likely to be more effective if done in coordination with other countries in many sectors- for gold, a revamped gold monetisation scheme can have a positive impact on rupee, on the International Bullion Exchange, and on the CAD (though this is less of a concern than before with Indian FX reserves now approaching $570 billion from $480 billion 10 months ago; this will put upward pressure on the rupee).

Thus over next twelve months while we expect gold price in dollars could gain by 15 to 25% from current levels, however in domestic price the upside may be limited due to stronger rupee.

Prof. Arvind Sahay, is a Professor of Marketing and International Business at IIM A and is Chairperson of the India Gold Policy Centre at IIMA (IGPC@IIMA)